Once a year, in mostly the Western (capitalist) world, we are bombarded for a couple of weeks with promotions about what to purchase for our mothers… pyjamas, chocolates, electric kettles or nowadays, maybe even a diamond or two. Many men find themselves not only having to think about their own mother but to consider their wives as mothers, and eek, how to get that balance right!

I grew up working class in the 50’s when working class was pretty much like any other class in New Zealand. The pay gaps between the chief executives and the humble carpenter like my dad, were probably big, but nothing compared to nowadays. We had a home, food on the table and support from the government when my dad couldn’t work. My mum didn’t work.  That’s not true. She cut kindling, filled the coal bucket, cooked the dinner on the coal range, keeping the damper at just the right angle to crisp the potatoes but not burn the meat and did the washing in a copper until she got a flash new Pallo agitator.

So back then, each Mothers’ Day, as kids, we clubbed together with our money earned from picking fruit over summer, and bought our mum something useful for the kitchen… such as one year, an electric fry pan.  It was really a gift for all of us, but we convinced ourselves it was revolutionary for our mum – she could cook pikelets perhaps, or fry a chop without lighting the fire. 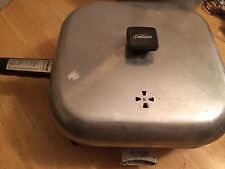 Then, I married, had a family and moved to the middle classes. I raised middle class intelligent young men and my youngest son began to scorn Mothers’ Day as a capitalist conspiracy. He didn’t stop making me arty funny and heart-warming cards, but he let me know, he didn’t believe in this nonsense.

The same son now lives in Korea and they celebrate Parents Day. He embraced Parents Day and we shared one of these with him and his partner at the time and her family. So, although on the one hand Mothers’ Day was a Capitalist Consumer Conspiracy, somehow Parents Day was a lovely shared family time. This year, he almost forgot Mothers’ Day and now, older, knowing how much it matters to me, in haste, he made a heart-warming video in a shopping centre, in public, declaring his affection for his mum. I appreciated this. He put my feelings above his political convictions.

Some of my Facebook feed in May had comments from feisty younger feminists disparaging Mothers’ Day, scorning it in fact. And I found myself yet again, interrogating my own attachment to this day (the way I once interrogated my attachment to Anzac Day).  And I’ve come to a similar conclusion, although I’m sure many will find it faulty.

I work with migrants and refugees from a wide variety of countries and I’ve watched the joy as a group of my Nepalese students celebrated Shiva – fasting for the health and prosperity of their…wait for it… husbands. Then seen photos of them dressed in their finest red saris having fun when the fasting ends.  I don’t ever intend to fast for my husband’s health and prosperity but I admire and enjoyed their enjoyment of this ritual. Should I, as a feminist denigrate their fasting for their husbands?  I did joke when do their husbands fast for them, and they laughed with me, joyfully.

In our secular society we have so few rituals.  I used to go to Mass and that was a Sunday ritual.  My life as a middle class, secular, older woman, is bereft of ritual in many ways.  Mothers’ Day for me is a ritual from my childhood, which I enjoy.  I like that my sons, even if they secretly think it is a consumer conspiracy, will still contact me, knowing it matters to me. Usually, nowadays, I share this day with my granddaughter and her Mother. Sure, we share other weekends together, but it is still somehow a special day, a ritual, small gifts, maybe just a card, but I would feel sad if it wasn’t acknowledged.

I recall many years ago when I finally ‘lost my faith’.  My mother was deceased but I had a beloved single aunt who was a devout Catholic. When I first returned from overseas, all grown-up, having abandoned Catholicism, I refused to attend Mass with her when I went to visit my hometown. I didn’t want anyone to think I still believed. I think this hurt her, but I didn’t care, because my convictions were much more important.

But then I had children and settled into family life and began to see that what mattered more than my convictions, was my affection for my beloved aunt.  So, I compromised and went to mass with her when I was in town, but refused to genuflect.  That was a step too far.  Looking back, I can see I was foolish – what harm for me to genuflect and enjoy the ritual and share this moment. My own personal beliefs would not be tarnished, and too, I knew it irked her.

Am I right, or am I wrong… I saw one smart young woman on Facebook say she thought she’d forgotten Mother’s Day and would probably get a passive aggressive text from her mum – I wanted to say, just pretend for your mum – what harm can it do, but imagine how happy it will make her?  I’m all for a bit of sentimental ritual, and honouring Mums if that’s what they would like. My own mum never met her grandchildren and I’m glad we bought her an electric fry pan. I even dare to say, that the divide between those who believe and those who don’t is often socioeconomic.  And I hear the scoffs already. The system, the oppression, the Patriarchal tree, but you can’t overthrow all these things by being scornful of less informed people who enjoy buying chocolates or pyjamas for their mother…

A postscript to this essay, as I am about to go to print… with great joy last week, I attended the Auckland Writers Festival and my first session ‘Portholes to the Past‘ was listening to 99-year-old Lloyd Geering in conversation with John Campbell.  What a treat. I’d never heard Lloyd Geering speak before and to add to that, he spoke with such eloquence about the lack of ritual in our secular society and mentioned both Mothers’ Day and Anzac Day in discussing the importance of ritual.  He told us how he became a Christian and it was more about fellowship than faith it seems… which I found most interesting. 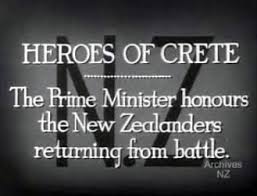